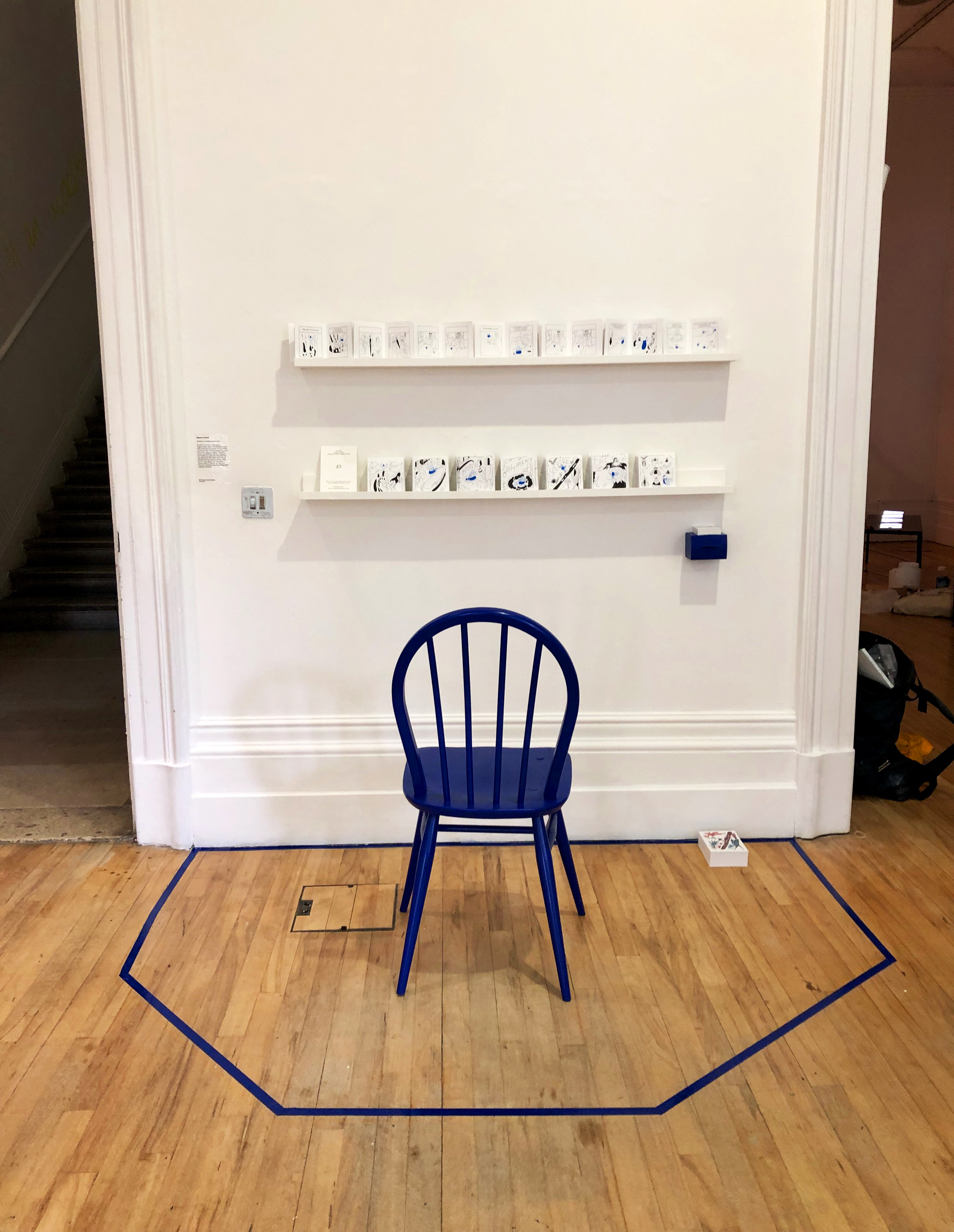 Swatted is a series of short comics about a fly who dies in every story, created during my RCA MA.

I chose a fly as my main character. We struggle with flies in human spaces: we find them disgusting, they have a reputation of spreading diseases, and they’re constantly in conflict with human beings, making them ideal for driving story conflict.

Rules shape behaviour and outcome, and a missing rule (something undefined) is an opportunity for emergence. An emergent comic strip uses a computational approach to authoring a story, where a human plays the role of a computer following a program: with the fleshy, flawed ability to iterate on a storyline in a way computers cannot.